We have two suggestions for drivers seeking the top SUVs in Montana, and they both start with “Honda.” The 2016 Honda CR-V is a five-passenger crossover with available all-wheel drive and five different trims, and the 2016 Honda Pilot seats as many as eight passengers, features five main trim levels, and can be had with front- or all-wheel drive. Both models are efficient, are equipped for towing, and have a variety of modern amenities on even their most basic trims.

Let’s take a closer look at what makes these some top SUV choices.

Both the CR-V and the Pilot have five trim levels each, and they remain competitively priced.

Learn More About the Honda CR-V 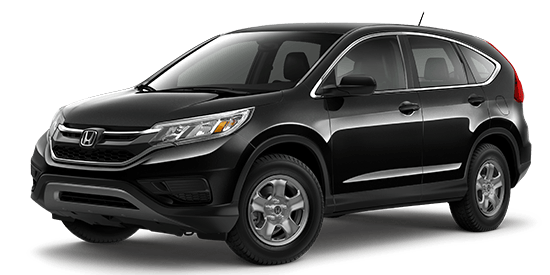 The 2016 CR-V LX is the base-level trim, and two-wheel drive models start at just $23,745 (MSRP)* and include Bluetooth, a rearview camera, an in-dash infotainment system, and more. 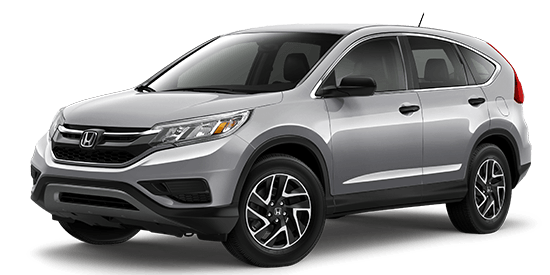 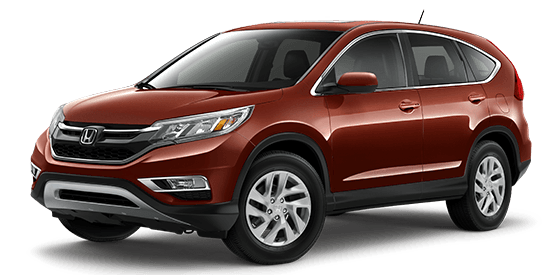 The mid-range 2016 CR-V EX 2WD is priced at $25,995 (MSRP)* and adds on upgrades to the touchscreen interface and rearview camera as well as a power moonroof. 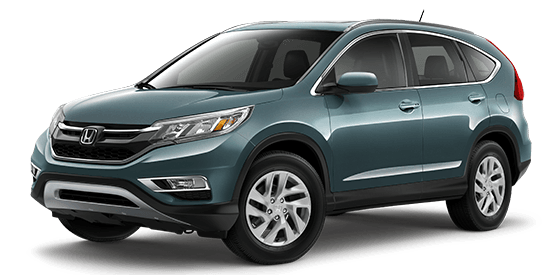 The 2016 CR-V EX-L 2WD has a price of $28,445 (MSRP)* and upgrades the cabin with leather upholstery as well as dual-zone automatic climate control and makes available a satellite-linked navigation system. 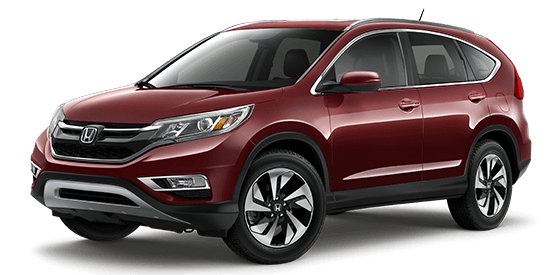 2016 CR-V Touring 2WD models have a base price of $32,095 (MSRP)* and add on Honda Sensing safety features as well as navigation, a power tailgate, and more.

Learn More About the Honda Pilot 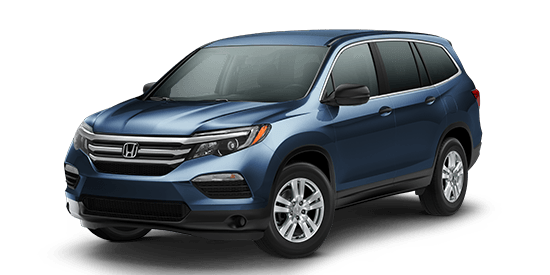 The 2016 Pilot LX is the base trim as well, and two-wheel drive models are priced at $30,145 (MSRP),* Each base Pilot comes with a multi-angle rearview camera, push-button start, a multi-information display, and Bluetooth for phone and audio. 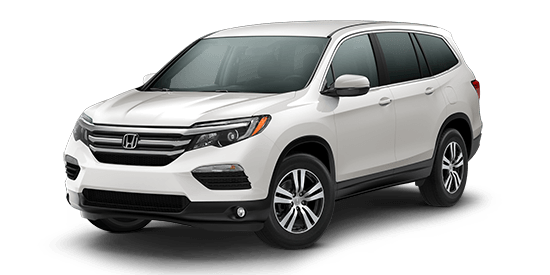 The 2016 Pilot EX 2WD has a price of $32,580 (MSRP)* and adds on Smart Entry, an 8-inch Display Audio screen, HondaLink telematics, and more. Drivers can also add on Honda Sensing features starting with the EX trim. 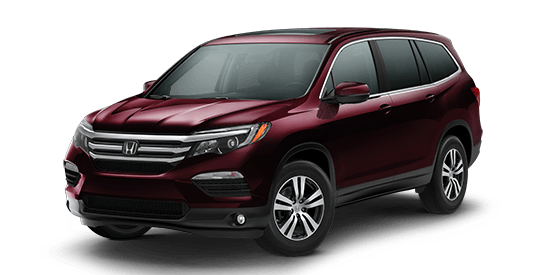 The middle of the pack is the 2016 Pilot EX-L 2WD, priced at $36,055 (MSRP)* with leather seating, a power tailgate, one-touch second-row seating, heated front seats, and more. 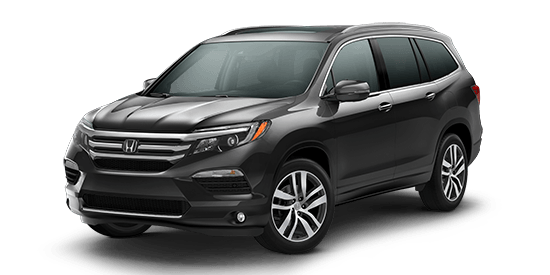 The 2016 Pilot Touring 2WD is priced at $41,170 (MSRP)* and adds on Honda Sensing as standard, upgrades the transmission, includes a 540-watt stereo system, and upgrades to a set of 20-inch wheels. 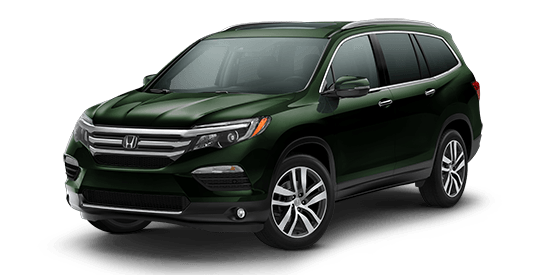 At the top of the lineup is the 2016 Pilot Elite with all-wheel drive as standard; it’s priced at $46,570 (MSRP)* and includes ventilated and heated front seating, heated second-row captain’s chairs, a panoramic roof, LED headlights, and more.

To get an idea of how these two crossovers stack up to competing models, use our online comparison tool. Just select the vehicle you want from the drop-down menu and scroll down to find how the competition compares.

Both the CR-V and the Pilot have enough pep to keep pace with some of the more powerful SUVs while remaining fuel efficient.

We’ve already mentioned the Honda Sensing safety features, found on the CR-V Touring, Pilot Touring, and Pilot Elite and available for upgrade on the Pilot EX and EX-L trims, but what does the Honda Sensing package include that makes these vehicles top SUVs for Montana drivers?

Lane Departure Warning uses a camera system to monitor the markings on the pavement and issue visual and audio alerts if you start to drift.

Lane Keeping Assist can correct your course to keep you centered in the middle of your lane.

Road Departure Mitigation watches for markers of the edge of the road when driving at highway speeds and rapidly vibrates the wheel if it senses you could be drifting off-road.

Forward Collision Warning watches for vehicles ahead of you and issues audio and visual warnings if it senses an imminent collision.

Collision Mitigation Braking is able to apply the brakes to slow or even stop the vehicle if it senses a collision could occur and you have not applied the brakes yet.

CR-V and Pilot models equipped with Honda Sensing have each earned a 2016 Top Safety Pick+ award from the Insurance Institute for Highway Safety.***

We’ve just given you a quick look at some of the features that make these vehicles some of the top SUVs on the market. Let us show you what they’re really capable of with a test drive; visit a Montana Honda Dealer near you today to get behind the wheel.

*MSRP excluding tax, license, registration, $900.00 destination charge, and options. Dealers set their own prices.
**Based on 2016 EPA mileage ratings. Use for comparison purposes only. Your mileage will vary depending on how you drive and maintain your vehicle, driving conditions, and other factors.
***The 2016 Accord Sedan with Honda Sensing™, the 2016 Accord Coupe with Honda Sensing™, the 2016 Pilot with Honda Sensing™, and the 2016 CR-V Touring have been awarded the coveted 2016 TOP SAFETY PICK+ rating from the Insurance Institute for Highway Safety (IIHS) in recognition of their superior crash safety performance.